The Villa Balbianello, near the town of Lenno on the eastern edge of Lake Como and at the end of the Lavedo peninsula, is one of several beautiful villas you can visit around the lake

Italy This Way comment: Villa Balbianello is perhaps not a fabulous villa and the formal gardens are quite modest in size, but the exceptional beauty of the location - and the use of the villa as a setting in films such as Star Wars - ensure it is one of the most visited destinations around Lake Como, and certainly one of our personal favourites in the region.

Most visitors reach the villa by boat from Lenno - they leave from a small port near the lido. There is also a path here from the same place, that is about 1.5 kilometres long. If you arrive by boat you get lovely views of the villa and gardens as you arrive, but if you walk you save some money! There is no road access to the villa.

There are two parts to your visit: the gardens and the villa (optional). You will almost certainly start by exploring the gardens because the entry to the villa is only with a guide and you will be allocated an entry time when you buy your ticket, typically 30 minutes - one hour after arrival.

The gardens surround the buildings and are meticulously maintained, with several balconies and terraces, various flower beds, and some magnificent trees. From almost every place in the garden you have lovely views across Lake Como. The balconies either side of Villa Balbianello might seem familiar: they have been used in several films, including the wedding scene in Star Wars Episode 2, and Casino Royale (2006 version).

The villa was built by Cardinal Angelo Durini in 1787 on the site of a monastery. It was owned by an American General from after the First World War until the 1970s, who completely renovated the villa. It was later bought by an explorer called Guido Monzino, best known as the first Italian to climb mount everest and who had inherited a vast fortune, then bequeathed to the National Trust of Italy when he died in 1988.

It is as you arrive on the boat that you can best appreciate the overall structure of the villa: there are two large square buildings, the lower with faux-medieval towers on one side, and a loggia that was added to benefit from the remarkable views. Although it looks quite modest from the outside, the villa extends over five floors.

In the first part of you tour of Villa Balbianello you see many of the rooms in the lower part of the villa, furnished typically in 18th century style.

On the top floor there is a museum featuring many items collected by Guido Monzino during his travels in the middle of the 20th century and the collection of ethnic art is especially impressive. There is also a room explaining some of the many adventures undertaken by Mr Monzino.

Of course you will also want to explore the town of Lenno when you visit Villa Balbianello. Because Lenno is centrally placed on Lake Como, you are well placed to visit other villas such as Villa Carlotta at Tremezzo as well as the popular villages such as Menaggio, Bellagio and Varenna.

See also our guide to the highlights of Lake Como.

Map of Villa Balbianello and places to visit

Places to visit near Villa Balbianello 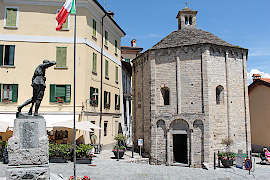 Lenno is a picturesque small town and harbour on Lake Como, near the Villa Balbianello 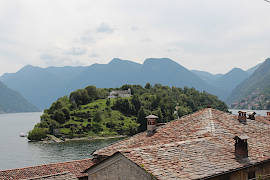 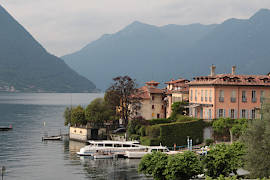 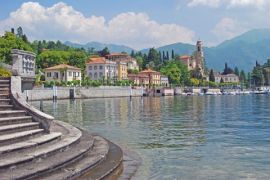 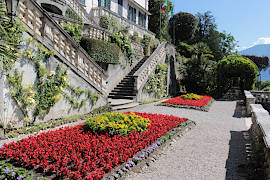 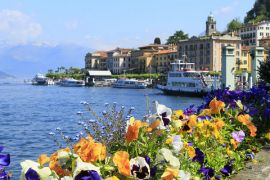