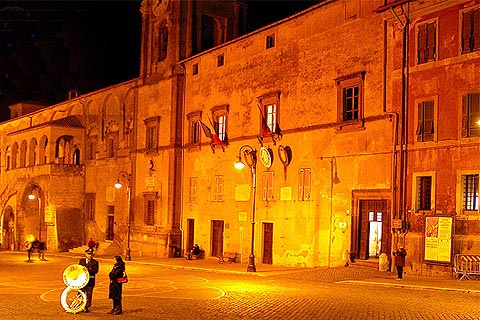 Tarquinia is siuated a little way inland from the Mediterranean coast, north-west of Rome in the Lazio region.

The city of Tarquinia has a major archaeological heritage, and the whole area pays testimony to the civilization that have lived here such as the Etruscan 'Tarchna', the Greek and Roman emporium of 'Gravisca', and the medieval 'Corneto'. (See also history of Tarquinia.)

The most striking aspect of Tarquinia is undoubtedly the legacy left by the Etruscans. The Necropolis of Monterozzi (the highlight of your visit) dates back around 3000 years and has about 200 painted tombs. 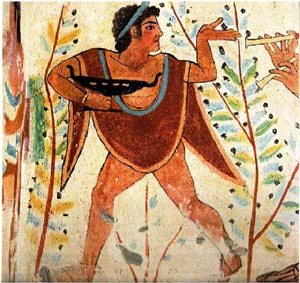 These underwent changes over time and as a result they teach us of the passage of many later inhabitants, including the Greeks who also worked in the splendid tombs and left their artistic traces.

The tombs show clear signs of Etruscan daily life, and examples of pottery, tools, weapons and ornaments are collected in the Vitelleschi Palace, the seat of the Archaeological Museum.

On the main floor of the Palace you can admire some of the most famous vessels from the world of archaeology, such as the big bowl called 'Nikosthenes' (fifth century BC) and the amphora 'Phintias' (late sixth century BC). All the artefacts here are sorted by type, and include Villanovan marbles, frescoes, jewellery, gold and the famous four graves of 'Triclinium', the 'Ship', 'Chariots' and 'Olympics'.

Also of particular note is the famous clay group called the Winged Horses, modelled to look like fine gold pottery, which once decorated the pediment of the great temple of Ara della Regina (“the Queen’s Altar”) and dates from the 4th-3rd century BC. Built entirely of tufa, it is enriched with decorative pottery. Also worth visiting in the cemetery are the graves called Warrior, Hunting,  Fishing, Lionesses and Jugglers, all featuring stone sculptures in relief on the slabs of the sarcophagus.

Moving forwards in time, Tarquinia also includes the medieval town of Cornetum, which lives on in the medieval buildings with the massive towers and churches that emphasize their artistic value. 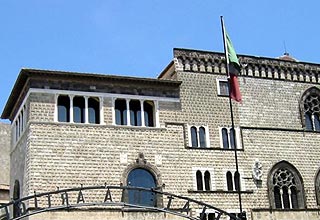 As example, visit the Church of Santa Maria di Castello built in 1121, which has obvious Lombard and Cosmatesque influences; the oriental Church of St. Giacomo; and the Santissima Annunziata, testifying to the rule of the Byzantines and Arabs.

In the Old Town, Tarquinia also shows Nordic and Renaissance influences in its architecture, such as in the Gothic churches of San Pancrazio, San Francis and St. Giovanni of Jerusalem, surrounded by towers and the imposing Palazzo dei Priori, now home to the Ceramics Museum.

You can see some frescoes from the renaissance period by Antonio del Massaro da Viterbo (called the "Pasture") [1450-1516] in the choir of the cathedral and others by an unknown author in Vitelleschi Palace.

Tarquinia is today also a seaside resort. The coastal section, which the Etruscans used over the centuries for bringing in, for example, iron from Elba and vases from Corinth, is now called the Lido di Tarquinia (Tarquinia beach). The harbour was once defended by a famous tower called Bertalda, but that no longer exists.

Walking around Tarquinia brings you into contact with the many facets of a city that has absorbed all the best of civilizations from the ancient history of Italy, and it is no less the case in the gastronomy of the city, which follows the ancient recipes of the past and is very similar to Roman cuisine.

Among the local dishes to try are pasta dishes with nuts; homemade soup with vegetables, bacon and bread; cheese and pepper spaghetti; fettuccine with mushrooms; gnocchi and the homemade strozzapreti.

Map of Tarquinia and places to visit

Places to visit near Tarquinia 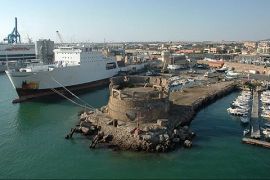 The closest port town to Rome, Civitavecchia is a common stopping point for cruise ships 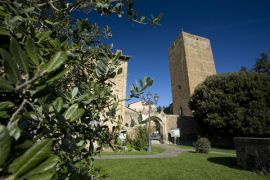 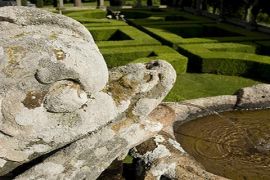 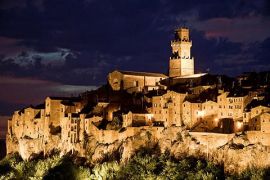 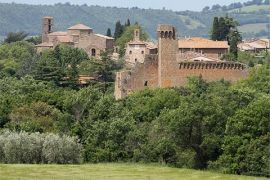 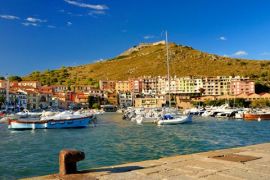