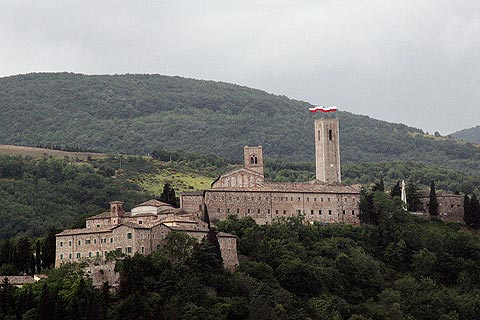 San Severino is a town set in the rolling wooded hills of the Marches region, on the so-called Black Mountain. As you arrive you can see the castle and the ancient seat of the medieval city dominating the hilltop. The historic centre of San Severino is pleasant to explore with several monuments and buildings of particular interest to visitors.

The full name of the town is actually San Severino Marche.

The most important 'monument', or rather group of monuments, in historic San Severino is the Piazza del Popolo, a square surrounded by porticos, 224 meters long and 55 metres wide. It was built in the 13th century and extends along the road that skirted the medieval village. The palaces that surround it show the best of local architecture from the 16th century to the current day.

On one side of the square stands the Teatro Feronia, built in 1827 by local architect Ireneo Oleandri who gave the interior of the palace a neo-classical style.

There are also still large sections of walls remaining from the ancient buildings in San Severino, including two gates and their two landmark towers: one is the 'torre civico' and the other, in front, is the bell tower of the Old Cathedral.

The second of these towers was built in the 10th century and remodelled several times, and contains the remains of the patron saint and a fine wooden choir from the Renaissance period by local artist Domenico Indivini (1445 ca.-1502). Dating from the same period is the square cloister, a peristyle with two rows of arches that connects the church to the former Bishop's Palace.

Among the religious buildings here, the Basilica of San Lorenzo in Doliolo is the oldest church in San Severino. Tradition tells that it was built by Basilian monks (of Greek Orthodox Rite) on the ruins of a temple of goddess Feronia. The current building is from the 14th century, but it has undergone several renovations. The crypt of the church is interesting and was probably built in the sixth century.

You can also see the Church of Saint Augustine which has a façade a with Gothic portal adorned with potteries and remains of frescoes attributed to Lorenzo d’Alessandro and a bell tower in the Romanesque-Gothic style. The church interior is adorned with remarkable works such as the wooden crucifix by Acciaccaferri (XVI century), and some paintings by Pomarancio, while the choir is a work by Ireneo Aleandri.

The Archaeological Museum preserves prehistoric finds from San Severino and the surrounding area with artefacts ranging from the Paleolithic era to the Early Middle Ages.

Tourist interest in San Severino has also been enhanced by new and important archaeological finds. The Archaeological Park of Septempeda is two kilometres east of San Severino in a flat area north of the Potenza River, with a concentration of artefacts mostly to be seen in the locality called Pieve (trans: "Parish”).

* The birth and evolution of Roman Septempeda from Oppidum (Fortified Town) to Conciliabulum (Meeting Place of Roman citizens) and, finally, to become a Municipium with special privileges was mostly linked to the autonomy of local government and a favourable alliance with Rome, and is linked to its role as a centre of communication on the historic trade routes such as the “Via Flaminia” and  “Via Salaria” that linked the major cities of Piceno, Fermo and Ascoli. See also history of San Severino.

The area once occupied by the city is still largely bounded by city walls made of large blocks of sandstone. The archaeological remains within the walls essentially come from ancient “thermae” (thermal baths). The building is located in a yard paved with bricks, surrounded on either side by a portico and also having a swimming pool. Around it there are some rooms paved in mosaic.

Also in this area, south of the road near the Parish Church, remains of several Roman houses have been identified. Of particular interest are four mosaics, the oldest of which dates back to the end of the Republican period and the other to the Imperial age (2nd century). A workshop area has also ben discovered, the excavations of which have revealed a complex of brick kilns and ceramics used between the 1st and 4th century AD.

The San Severino region is very rich in restaurants and taverns, which offers an ideal chance to sample local dishes such as the homemade pasta, tortellini, ravioli, tagliatelle, lasagne, gnocchi and, particularly for those who love fish, mixed grills are widely present using sea bass, sea bream, flounder and swordfish.

Where is San Severino?

San Severino is in the southern Marche region of central Italy to the south of Cingoli.

Map of San Severino and places to visit

Places to visit near San Severino 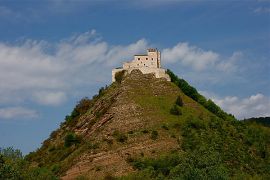 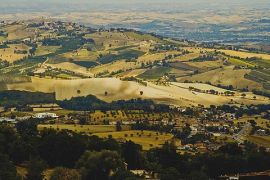 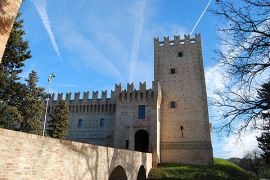 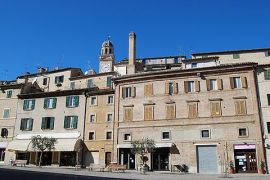 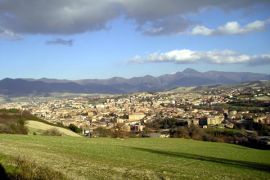 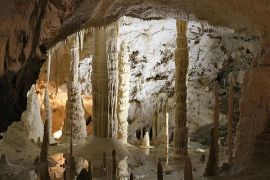