Polizzi Generosa is a small town situated high on a hill to the north of Sicily, a little way south of the coast and between Caltavuturo and Petralia.

Set on top of a rocky outcrop with views all around of the beautiful Park of the Madonie the location of Polizzi Generosa is spectacular. This coupled with its quaint streets of pretty stone houses makes it thoroughly charming.

However like much of Sicily despite its natural beauty it has few job opportunities and over the last century many locals left for a new life in America. Famous names associated with the town include the grandparents of the director Martin Scorsese and the parents of actor Vincent Schiavelli. Domenico Dolce of Dolce and Gabanna is also from this town. Remarkable given the small size of the town! 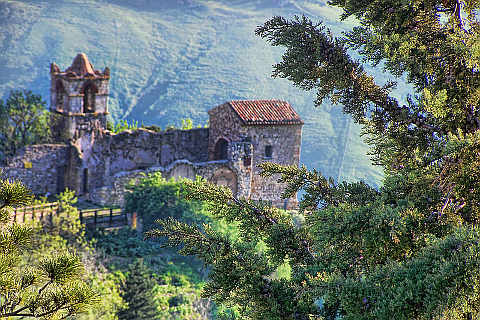 Vincent Schiavelli, who starred in 'One flew over the cuckoo's nest' came to live in Polizzi for the last years of his life and wrote a lovely book, 'Many Beautiful Things' with stories and recipes from the town and area.

Polizzi Generosa is ideally situated to allow you to explore the Park of the Madonie or just to relax and soak up the views. It also has some interesting monuments to explore.

The roots of Polizzi go back to Byzantine times and it grew and flourished in Norman times with the marriage between Baron Ruggero and Baroness Adelasia. The cathedral church of Saint Maria Maggiore dates back to this period and was then extended by the Vintimille family in the second half of the XIV century.

It was then rebuilt in the second half of the 18th century, with the loss of part of the ancient structures and also part of the altar and decorative highlights of the 16th century. Despite this some features of Norman times under the side porch are still recognizable.

Inside the church and on the main altar there is a statue of the Virgin by Giuliano Mancino (16th century) and to the left is a large chapel with funeral monuments in the Baroque style.

In a chapel on the left there is a monumental reliquary with a crucifix and 18th century statues, attributed to Filippo Quattrocchi (1738-1813). Opposite, on the right transept, the chapel of Saint Gandolfo contains a marble sarcophagus of the saint by Domenico Gagini (1420-1492).

Be sure to also admire the Flemish triptych located on the right of the main altar - this is the most important painting in the church and has been attributed to various renowned 15th century artists including Dürer, van der Goes and van Eyck. 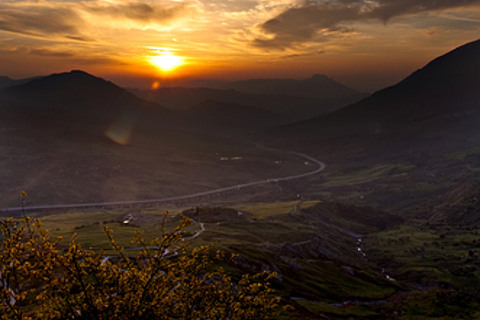 Among the other churches the Church of Saint Maria Delle Grazie has a picture of Saint Benedict by the so-called “Zoppo di Gangi” (17th century) and other statues of the Gagini school, while the Church of the Carmine holds a Crucifix by Francesco Gallusca (17th century), a pupil of Fra Umile da Petralia (1600-1639).

The Saint Pancrazio Church in the ancient Byzantine district of Polizzi is in a panoramic position. The church contains a painting by Zoppo di Gangi, the “Immaculate” by Antonio da Conversano (17th century) and various paintings and statues by Zoppo di Gangi and Filippo Quattrocchi.

The church of Saint Maria Lo Piano with its vaulted wood decorated with figures of animals and other paintings by Zoppo di Gangi is also worth a visit.

Among the civic buildings in Polizzi is the Palazzo Gagliardo, which belonged to the Barons of Carpinello and is in the late-Mannerist style with a solemn and majestic portal.  The Carpinello Palace is noteworthy for its imposing façade.

Also to look for are the former Jesuit College, now the seat of the Municipality and the Civic Library, and the remains of the ancient castle around which Polizzi originally developed.

The lovely city of Cefalu is one of the principal tourist destinations in Sicily with both beaches and an important historic centre including its fortress-like cathedral. Campofelice di Roccella is also very popular in summer.

Map of Polizzi and places to visit

Places to visit near Polizzi 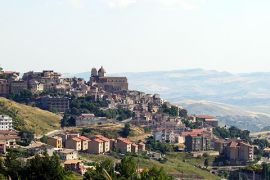 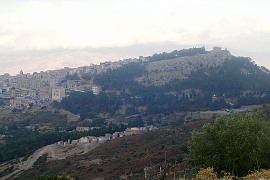 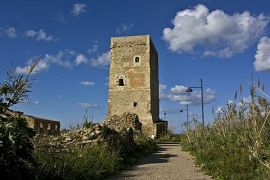 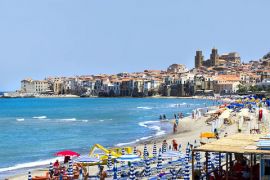 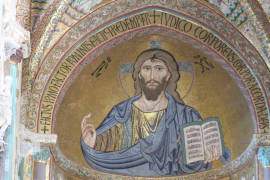