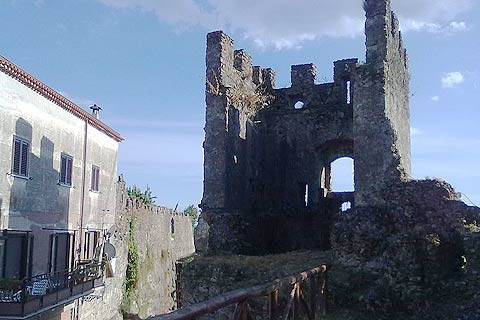 The Gulf of Policastro is a region of coastal resorts and coastline in the south-west of Campania in southern Italy and has all the facilities you expect of a popular summer destination.

Central to the region, the town of Policastro Bussentino also has a long and interesting history and several monuments of interest to explore when you want a change from the sea and beaches.

The Old Town of Policastro is enclosed by medieval walls of Norman origin, dating from the time of King Roger I (11th century), and is dominated by a fortified castle. Policastro Bussentino also has other ancient monuments of great historical and artistic value.

The Castle of Policastro Bussentino stands out and was formerly a Byzantine fortress built in the 6th-7th century at the end of the Greek-Gothic War when Bussento passed under the dominion of the Byzantines, who built a fortress on the highest point of the hill.

In the 14th century the castle was enlarged and strengthened by Giacomo Sanseverino (1290-1364), as we can read on the marble inscription above the door to the east: "Magnifico Domino Iacobus de Santo Sevirino", of 1309.

According to tradition, the Cathedral Church of Policastro Bussentino was built on the site of a pagan temple dedicated to Castor and Pollux. It seems that the initial construction of the cathedral dates to the end of the 12th century, while the Crypt dates from the 6th century AD. The basilica plan shows an elevated transept because of the presence of this crypt.

In the wall of the staircase leading to the sacristy there is an inscription that refers to “Tempore Magnifici Wilielmi Secundi Regis” [at the time of King William II the Good (1155-1189)]. The bell tower was built in 1167 with elements in the Romanesque style. The marble portal dates from the Renaissance period and is surmounted by an aedicule depicting the SS. Virgin Enthroned with the Child flanked by two angels.

In the interior of the cathedral the Chapel stands out, with decorations and a bas-relief depicting the Virgin. Among other artworks here are the Pietà by the Sienese School from the 14th century, a Paliotto, a Calvary and the Eternal Father, dating from the 18th century, under a small arch decorated with floral motifs.

The cathedral Crypt is remarkable because of its antiquity, having been built during early Christian times. It is semicircular in shape with a three-leaved clover design supported by columns of different ages. The original appearance can be seen in the Romanesque vaults.

Other highlights in Policastro Bussentino

Also of interest is the Diocesan Museum of Policastro Bussentino, which holds artworks of great historical and artistic value, such as an ivory crucifix in the Flemish style dating from the late 17th century; some paintings, wall hangings and ornaments in silver dating back to the 18th and 19th century; and a silver processional cross by the school of Nicola da Guardiagrele (1395-1462), an Italian goldsmith and sculptor.

The Church and Monastery of Saint Francis date back to the early days of the birth of the Franciscan Order in Italy. Its foundation dates from the 13th century, following a visit by Saint Francis (1182-1226) the patron saint of Policastro, to Fra Gabriele da Lecce, belonging to the Order of Friars Minor and then Bishop of Policastro.

The church is in the Gothic style and was built at the beginning of the 13th century. There are three naves, and on the apse walls stand the remains of paintings depicting the Crucifixion and Saint Francis. Also visible are round arches decorated with white stucco. The monastery was suppressed (as were others in France and Italy) in the Napoleonic period.

Also worth seeing in Policastro Bussentino are the walls that enclose the Old Town.

The great tradition of the city is preserved in its traditional cuisine, with a highlight each August being a traditional festival of blue fish. Other local products include sweet oil, vineyards that produce wines of exceptional quality, and cheeses.

Map of Policastro Bussentino and places to visit

Places to visit near Policastro Bussentino 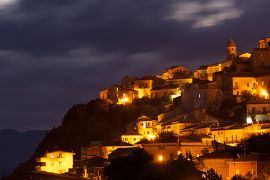 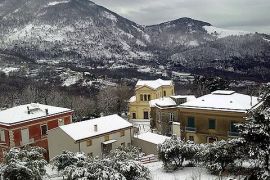 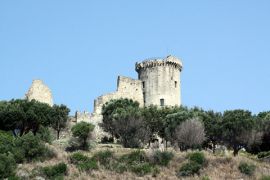 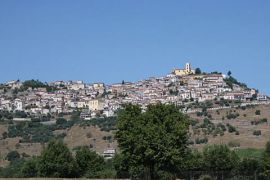 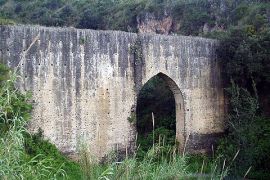 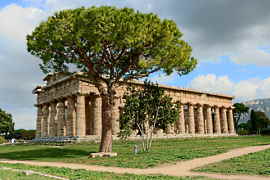