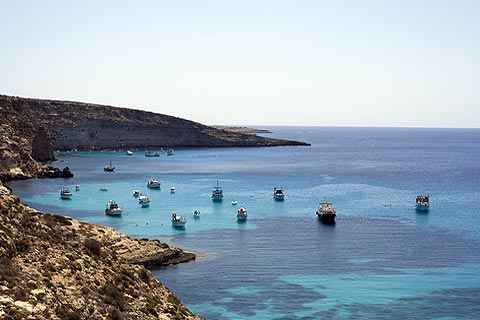 The Pelagian Islands are a group of three islands in the Mediterranean Sea. Belonging to Italy and officially falling within the Sicily region (they are actually 200 kilometres off the southern coast of Sicily), the islands are situated between Africa and Malta (and closer to these countries than to Italy).

Their remoteness means the Pelagian Islands avoid large scale tourism, but they are still a popular tourist destination due to the coast, beaches and scenery and the chance to go scuba diving in some of the clearest water you have ever seen.

We have separate travel guides for each of the three Pelagian Islands:

Much the most important and most visited of the Pelagian islands, Lampedusa still only covers an area of about 30 square kilometres.

It is also the base for tourists visiting the islands and an island of dramatic scenery with impressive coastal cliffs to the north and several renowned beaches (the best known is Rabbit Beach) to the south.

With a surface area of just a few square kilometres, tourist development and visitor numbers and facilities are limited here although some facilities do exist for visitors.

The island is best known for its scenery and the scuba-diving opportunities. See Linosa for details.

The smallest of the islands, and little more than an large rock emerging from the sea, Lampione is also uninhabited. The main attraction for visitors is the scuba-diving that is practiced here.

Getting to the Pelagian islands

To reach Lampedusa two main options exist: a ferry from Agrigento (on the southern coast of Sicily) or by plane from various transport centres in Italy such as Rome, Milan and Palermo.

After arriving at Lampedusa visitors can then continue by boat to visit the smaller islands or take a boat trip around the coast of Lampedusa itself.

Map of Pelagian Islands and places to visit

Places to visit near Pelagian Islands 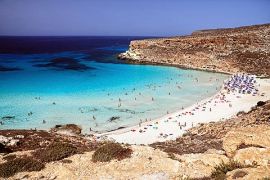 Lampedusa is one of the Pelagian islands and is almost African in character. 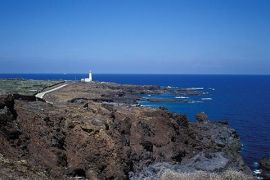 Linosa is a tiny island closer to Africa than Sicily. It is popular with scuba divers.