Ortona is a deep-water port town dominated by a striking castle. It was the site of a particularly fierce battle between German and Allied, mostly Canadian, troops. The battle was dubbed "Little Stalingrad because of its close-quarters combat and high death-toll.

Ortona is a port and its important deep-water access was protected by the huge 15th century Argonese castle that was built after a particularly heavy attack by the Venetians in 1447. The castle suffered with time and then suffered further during the wars but has now been renovated and is an imposing sight. Take a walk along the 'Passegiatta Orientale' towards the castle and enjoy the lovely views over the Adriatic Sea along the way.

Ortona also has several beaches and its centre contains a number of interesting buildings including the Cathedral of Saint Thomas which contains the remains of Saint Thomas the Apostle which were brought to Ortona by a sailor in the 13th century. 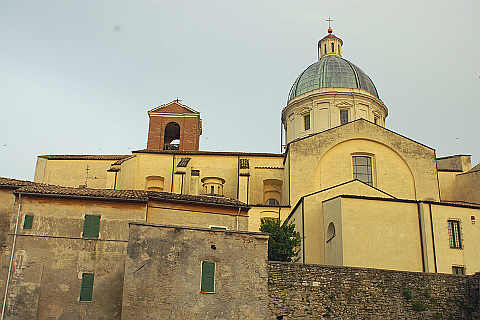 Ortona has a historical museum based on the battle of Ortona and there is also a Canadian cemetary with the graves of Canadians killed in the battle. 1, 375 Canadians died here - almost a quarter of all the Canadians that died in the Italian Campaign!

Reports vary as to why this was such a bloody battle. The deep port was of strategic importance but also the publicity given to the battle by both the Allies and the Germans meant that neither side was willing to withdraw. Eight fierce days of fighting eventually forced the Germans to withdraw but not until a heavy death toll had been sustained.

Ortona has an important feast day on the first Sunday of May. Locals dress in medieval costumes and thousands of pilgrims come for the event.

Ortona is close to the National Park of Abruzzo with its lovely scenery and opportunities for walking.

The lovely historical city of Chieti is only about 30km away and offers some fabulous palazzos and mountain views. In contrast the city of Pescara occupies a coastal position and is the largest city in Abruzzo.

Ortona is on the Abruzzo coast almost due east of Rome on the opposite coast. It is south of the city of Pescara.

You can find more local travel ideas in the Chieti guide and the Abruzzo guide.

Map of Ortona and places to visit

Places to visit near Ortona 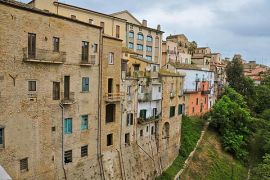 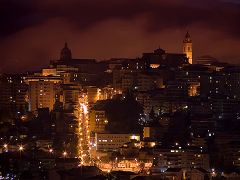 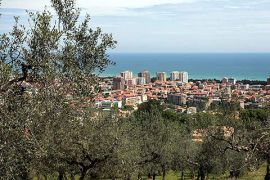 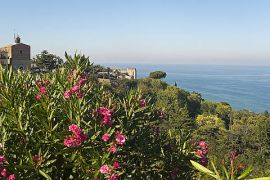 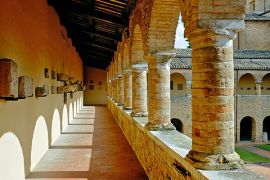