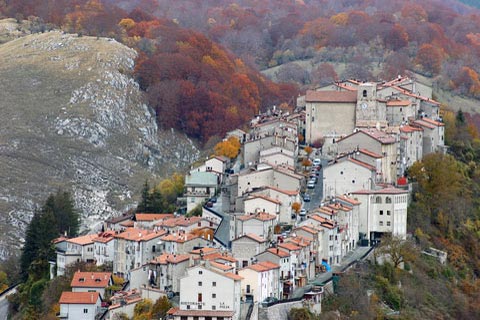 Opi is a lovely medieval village sitting on a hill top and surrounded by the mountains of the National Park of Abruzzo. It is classified as one of the "most beautiful villages" of Italy.

The tiny village of Opi is surrounded by mountains. From the village you can see Mount Amaro; Mount Irto, Mount Marsicano and many others. The oldest end of the village looks over  a narrow gorge called the Foce.

The village itself is for the most part two rows of houses seperated by a road and running along the top of a long, flat-topped hill. A few houses radiate out from the main street and cling to the hillside. 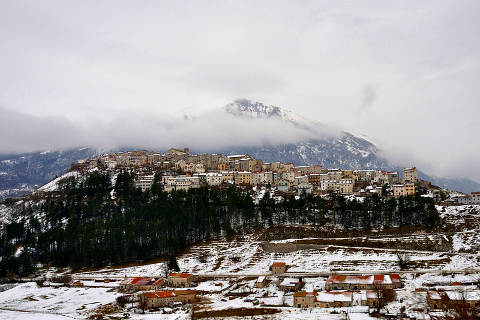 The key buildings in Opi are the 17th century palace which is now the town hall and the church of Santa Maria Assunta. This part of Italy is very prone to earthquakes and whilst the village has escaped the worst of these the church has been damaged a few times. It originates from the 12th century and has a  belltower that was restored in the 16th century but most of the church dates from a restoration in the 17th century.

There is also the Baroque chapel of San Giovanni Battista whose recent renovation has revealed some interesting wooden decorations.

However it is really the opportunity to wander around the medieval village, admire the medieval stone houses and absorb the stunning mountain views in all directions that makes a visit to Opi such a treat.

Opi has become something of a holiday location both in winter and in summer. It is one of the main centres of the National Park of Abruzzo, Lazio and Molise which is great for hiking and spring flowers. It is also close to the Macchiarvana Plateau which is a favourite with cross country skiers. It has a snack bar and a cross country ski school.

The Passo Godi ski resort is only 20 minutes away and has ski lifts and ski runs of various levels. It also has cross country ski trails and a sledge run.

Nearby Scanno is a beautiful town which is also a most beautiful village of Italy.

Opi is halfway between the Agean sea and the Adriatic Sea, slightly to the south of Rome and Pescara.

Map of Opi and places to visit

Places to visit near Opi 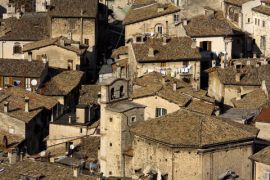 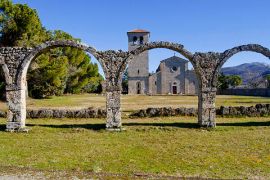 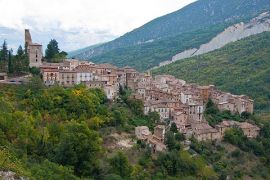 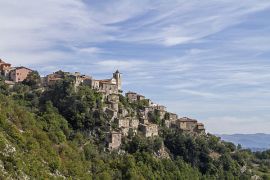 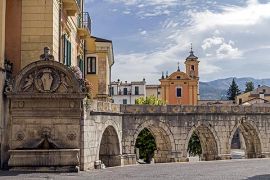 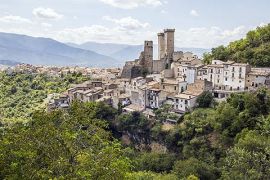