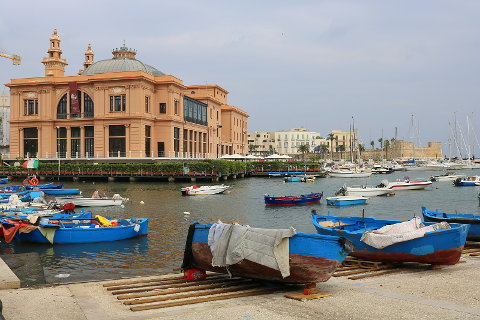 Bari is a large coastal city with a thriving port and both a historic and a modern centre. It is the capital of the Puglia region of Southern Italy. It has an attractive old town known as the Bari Vecchia.

Bari is not a major tourist destination but it has an interesting old town called the Bari Vecchia. This is a maze of streets with various historic monuments and plenty of lively bars and restaurants. In recent years it has had a major overhaul to rid it of a once seedy reputation and it now deserves a visit though it is does still have a reputation for petty crime. 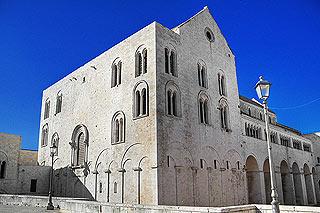 The old town is fairly small and all its main sights are easily accessible. The two main sights are the Basilica di San Nicola and Bari's cathedral - the Cattedrale di San Sabino.

The Basilica di San Nicola is the most important of the two and this 11th century Romanesque church was built to bury some of the remains of Santa Claus! These relics of Saint Nicolas (Sant Claus) are still in the crypt today and the Basilica is an important Catholic and Orthodox Christian pilgrim destination.

Inside the Basilica is one of Southern Italy's best pieces of Renaissance artwork, a 'cathedra' or bishop's throne from the 11th century. There are also some notable mosaics in the crypt and presbytery and some fine art works in the Basilica museum.

Every year on 6 December - Saint Nicolas day - a flask is lowered into the tomb to collect some of the myrrh that is said to exude from the relics. This myrrh is shipped around the world and sold in the church shop and has been associated with a number of miracles.

Be sure to walk along the path on the old town walls next to the Basilica for some good views over the sea. 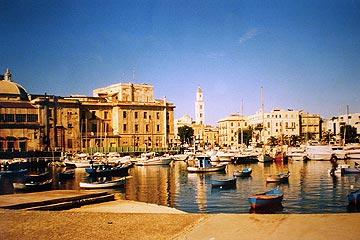 The Romanesque cathedral was built in the 12th and 13th centuries on the site of an older cathedral. Recent excavations have revealed an ancient Basilica with floor mosaics decorated with fish, plants and octopus. The interior of the cathedral has been restored to its original simple, medieval style. Its crypt contains the relics of San Sabino, patron saint of Bari before St Nicolas became the patron saint.

Near to the cathedral is a fortress which is open to the public. Two of its towers date back to Norman times. Take the walk up the ramp for views over the sea on one side and the medieval city on the other.

The elegant Piazza del Ferrarese at the entrance to the old town is a charming square and an excellent spot for lunch. In the square is a section of original Roman road - the Appian Way - dating from the second century AD. Next to the Piazza del Ferrarese is another attractive square - the Piazza Mercentile. In the streets around the Piazzas there are lots of nice shops and prices are apparently a good deal cheaper than Rome or Milan!

The Castel del Monte to the north of Bari is a most unusual castle. It is octaganol in shape and has a tower built on each of the eight points of the octagon. It was built in the 13th century and is a UNESCO listed building.

South of Bari the small city of Lecce is filled with wonderful Baroque architecture and is very pretty.

You can find more local travel ideas in the Bari guide and the Puglia guide.

Map of Bari and places to visit

Places to visit near Bari 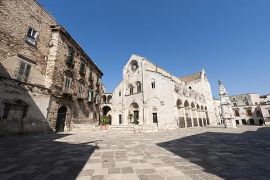 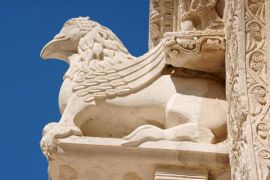 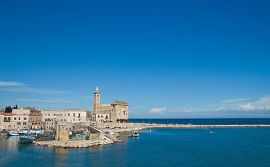 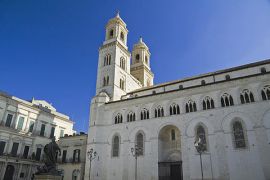 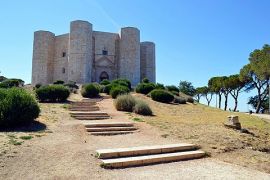 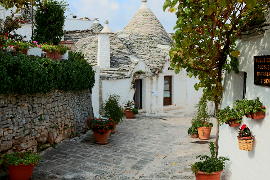