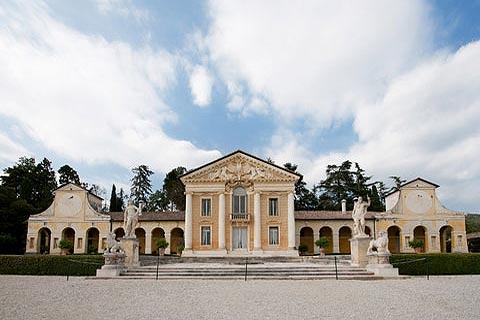 The attractive walled town of Asolo is in a picturesque setting in the lower forested foothills of the Dolomite mountains and listed as one of the most beautiful villages of Italy. The surrounding countryside is never far away, and the varied glimpses of the hills that you get as you explore have led the town to be nicknamed the 'city of a hundred horizons'.

Asolo is small, compact and easily explored. Start your visit in the town centre at the cathedral, a medieval gem (although modified in the 18th century) that was built on the site of the original Roman baths.

The cathedral is rather understated in its external appearance but renowned for the important works of art that it contains such as the 16th century 'Assumption' by Lorenzo Lotto, a 19th century copy of the Assumption by Titian, and a 15th century painting of Saint Francis of Assisi. 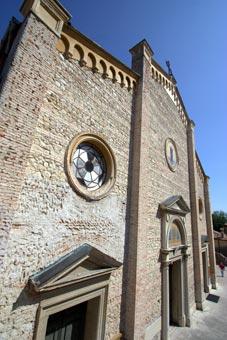 Other places of particular importance that you will come across as you explore the historic centre of Asolo include:

There are also several luxurious small palaces such as the frescoed Palazzo della Ragione that now houses the regional museum; Villa Freya; la casa della Divina Eleonora Duse and the substantial Villa Scotti Pasini which was home to Robert Browning in the late 19th century when Asolo was a popular meeting place for intellectuals.

As you move around the town you will often be aware that you are following in the footsteps of Robert Browning, who was moved to write a book of poetry by the attractiveness of Asolo.

The historical center of Asolo around Piazza Garibaldi, with an impressive 16th century fountain in the square, is also a pleasure to explore. This part of Asolo is partly pedestrianized and there are some lovely cobbled streets and alleys, and many houses with the traditional layout featuring sheltered arcades at ground level give it a great deal of character.

Most visitors to Asolo also make the trip to nearby Villa Barbaro, to the north-east of the town. Villa Barbaro is a very impressive 16th century villa that also contains some notable frescoes and some amazing trompe l'oeil (lit: trick of the eye - wall paintings that deceive the eye into thinking they are seeing a real three-dimensional object). 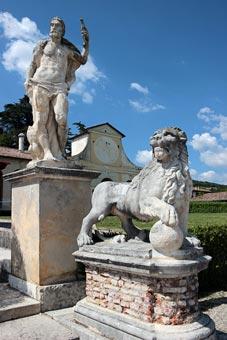 Note: if funds permit we suggest you stay at the Hotel Villa Capriani, not the cheapest hotel perhaps but a very charming place to stay and just a few minutes walk from the town center.

It is in the centre of the Veneto-Friuli region of north-east Italy, about 40km inland from Venice and 15 kilometres east of Bassano.

Map of Asolo and places to visit

Places to visit near Asolo 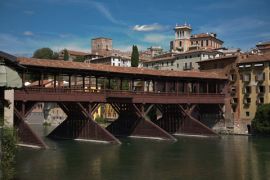 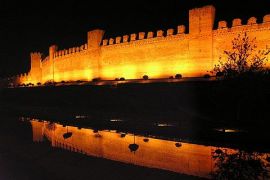 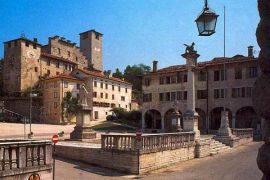 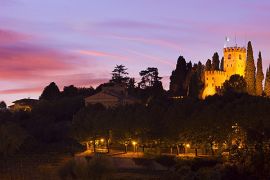 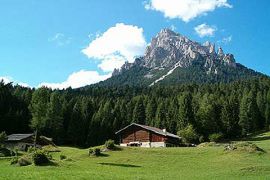 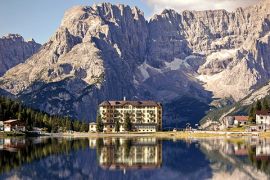