The ancient town of Cuma (also called Cumae) was an important ancient town close to the busy current city of Naples, and traces of this earlier city can still be seen nearby. It is interesting before visiting to have some appreciation of the long history of Cuma that stretches back almost 3000 years...

In fact the territory where the Greek colony of Cumae was founded has been inhabited since prehistoric times and of all the Greek colonies of Magna Graecia, Cuma was certainly one of the oldest.

Close by, the foundation of Cumae was preceded by that of Ischia [= Pithekoùssa] in around 770 BC. Ischia was an important Greek centre of commercial transactions to Etruria and Latium, and was also very rich in deposits of clay for making pottery. 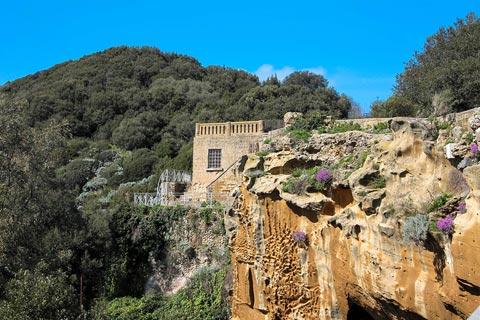 According to tradition it was founded in 740 BC. and located on the coast of Campania, opposite the island of Ischia. According to the Greek mythology, the “ecisti” [=founders] of Cuma were Ippocle and Megasthenes.

The early Greek colonists of Cuma found a particularly fertile ground at the edge of the plain of the “Campania Felix” [= fertile]. While continuing their navigation and commercial transactions, Greek colonists of Cumae strengthened their strategic positions and economic exploitation of the land and expanded their territory at the expense of neighbouring peoples.

Over the centuries, Cuma established its domination over most of the coast of Campania, with inevitable clashes against the Etruscans of Capua who were defeated. After this the Cumans expanded their internal colonization founding “Neapolis” (the modern Naples).

Cuma as part of the Ancient Roman world

With the Roman conquest of Campania  in the fourth century BC, Cuma was awarded the title of "Civitas sine suffragium" [city without the right to vote]. With the advent of Hannibal [247-183 BC], Cuma took the Romans side, to whom it remained faithful during the long battles against the Carthaginians, finally becoming a "municipium" [= Free City].

During the Civil Wars, Cuma was an important military outpost of Augustus [63 BC-14 AD], who made it one of his favourite places for vacation and rest. 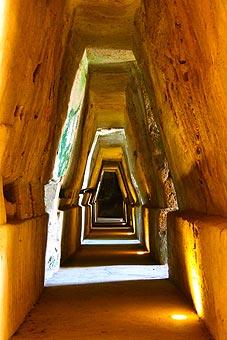 After the fall of the Roman Empire at the time of the barbarian invasions, Cuma, located on a fortified hill, fiercely resisted the incursions of the barbarians. During the Gothic War, Cuma was conquered by the Byzantines, then by the Lombards and the Saracens, becoming their bastion until the beginning of the 13th century, when they were defeated.

The decline and abandonment of the city was due to the swamps of the area: over the centuries the marshes encrusted the traces of the ancient civilization of Cuma, which was later uncovered by archaeological excavations, with the discovery of many objects, such as glass paste jewels, beetles, an Egyptian sculpture, and finally some "skyphoi" [black painted vases].

The oldest evidence were discovered on the acropolis of the Greek city, with temples dedicated to Apollo (protector of Cuma) and Zeus. In the first half of the 20th century the cave of the famous Cumaean Sibyl was also discovered  - it was Cumaean Sibyl who, inspired by Apollo, delivered her irrevocable predictions, which were made famous in the ancient world. 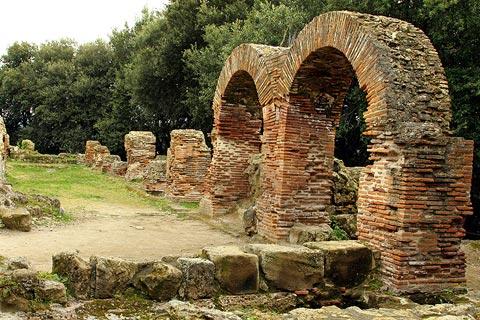 The etymology of Cuma could be related to the extraordinary fertility of the soil, even if the issue is very complex since it faces different mythological traditions, but at the same time is a theory supported by convincing evidence.

Without going into the merits of the controversy, we can say that the interpretation of the etymology of Cuma is related to the ancient coins of the city, which showed the inscription "KVME" or "KVMAION."

According to a widespread assumption, the name of Cuma refers to the notion of "fertility". In fact, "Kvme" would mean "inflate" or "pregnant", which means "pregnant woman", "mother". Which refers to the concept of mother goddess, a symbol of fertility, "one that is filled with the fruit of conception." This seems to be a very convincing etymology.

However, the ancient coins of Cumae also included the effigy of the bronze helmet of Athena: this has led to the hypothesis of a correlation between "KVME" and the term "Amazon" (Greek “Kyme”), so it was hypothesized that the warlike woman depicted on the coins was "Kyme", a famous Amazon from the city of "Kyme" in Aeolis.

The "familiarity" of ancient Cuma with the legends of the Amazons is also to be noted, who were famous in the ancient world as "founders of cities" [1].